I felt I had to make the self-portrait for my 52 Weeks Project this week my Halloween costume. My costume this year was Aphex Twin, yes that DJ I’ve been going on about non-stop since he put out his newest record Syro in late September. The costume is a little lazy of me because I made the mask 6 years ago for fun, it is his album cover for ‘Richard D James” and the for the rest of the costume is clothes I already had in my closet and a ginger ratty wig from Dollarama.  I’ve had so much going on this month that I couldn’t really place a lot of focus on making or spending money on a costume.  It’s kind of an insane costume to begin with so maybe I’ll revisit it sometimes and make an exact replica of one his video characters. I’m supposed to be one of the children from his video “Come to Daddy”, oh and I may have made a gif of me… (if you want to see the gif with the added sound, click here) 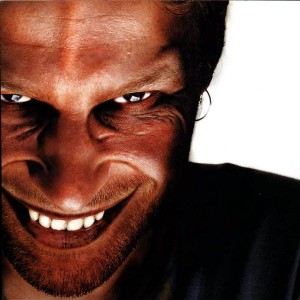